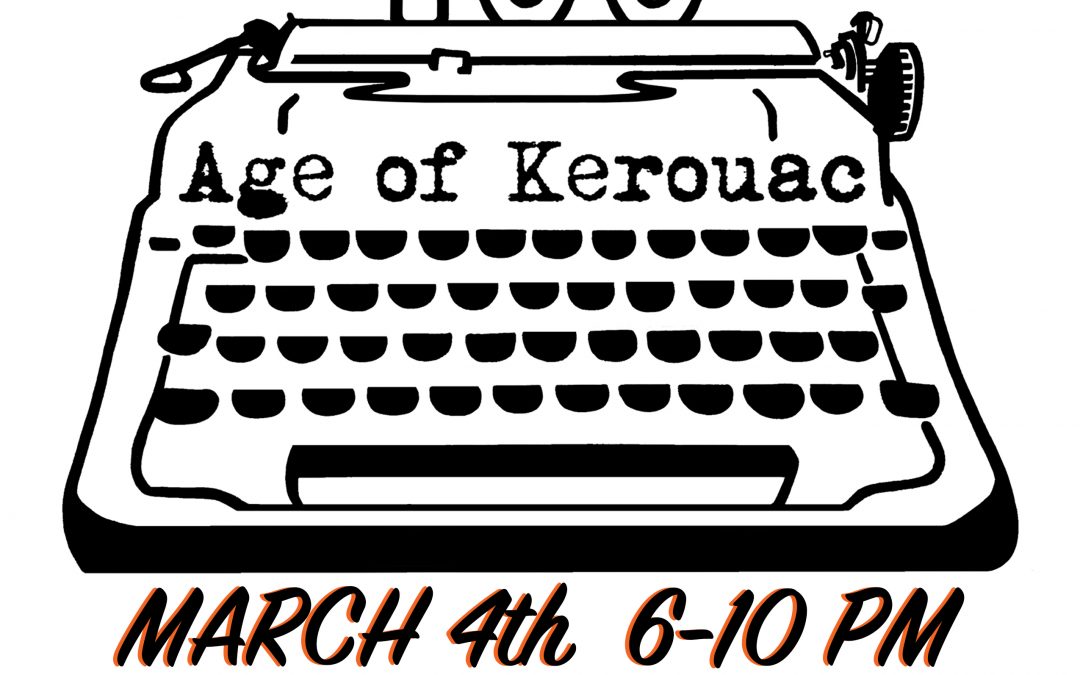 Jean-Louis Lebris de Kerouac: Known as Jack Kerouac, the famous author of “On The Road” & “Dharma Bums” was a pioneer of the Beat Generation who passed away at St Anthony’s Hospital, here in St Petersburg, FL in the year 1969. He was 47.

Age of Kerouac is a month long art exhibit in honor of what would have been Jack Kerouac’s 100th Birthday this March. Kerouac was born in Lowell, Massachusetts on March 12th, 1922. He completed 1/4th of his writing while living in Florida. Kerouac’s most well known novel “On The Road” was a narrative based on a series of road and hitch-hiking trips Jack went on in the late 1940’s spanning from New York to San Francisco, Denver, New Orleans and Mexico City.

We are seeking 47 artists to be part of this curated show. Artwork for the show can be about more than just Kerouac himself or his literary body of work but can encompass other artists and writers from the Beat Era such as Diane de Prima, Allan Ginsburg, Patti Smith, Carolyn Cassady, William Burroughs or Lawrence Ferlinghetti to name a few.

The improvisational spirit of Jazz music, irreverence, adventure, spirituality, non-conformity & portrayals of the human condition were central themes in many of Kerouac’s novels and poems. Artwork related to these themes, artists, writers & techniques from the Beat era, or places/cities Kerouac visited during his life are encouraged.